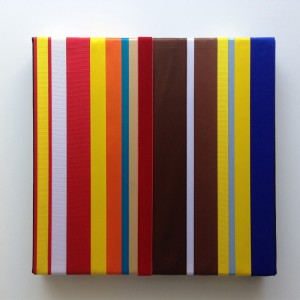 a London solo debut by


Building upon the acclaim from Marcelo Jacome’s recent shows in Buenos Aires and Rio de Janeiro in participation with Gallery Nosco, we are proud to host his highly anticipated debut solo show in the UK.

Marcelo lands in the UK committed to the Paper Group Show and with his impressive Pipas installation proving to be a rich addition to Charles Saatchi’s collection. The artist is excited to further enhance his artistic expression in the UK with his first London solo show, which will include his new paintings with a small selection of 3d paper drawings “Quasidobras”.

Seeking to continue the research that he has been developing, Marcelo Jacome proposes new paintings that draw parallels to “Candomblé” whilst simultaneously questioning space-time contraction. Taking as starting point the ephemeral, the autonomy of color and the depth, XYZ-T seeks to decompose these four dimensions that guarantee our existence.

With works that question the point, line, depth and time, Marcelo proposes a small cutout of his production, with a good opportunity to witness some changes and new choices that the artist begins to envision in relation to the continuation of his poetic and conceptual repertoire.