Isabelle.D grew up in Algeria and her work can be interpreted as a new form of feminist practice, linking together traditional means of production with timeless as well as autobiographical subject matters exploring contemporary feminism and the translation of trauma.

Born in France in 1966 and grown up in Algeria, child of black feet, Isabelle.D’s upbringing was constellated by strong female figures that have inspired her childhood and her present art practice. Memories play in fact a crucial role in Isabelle.D’s oeuvre, in her autobiographical quest to relive moments of her childhood permeated by manual processes, historically associated with female work, like sewing, knitting and crocheting.

Isabelle.D’s most notable body of work can be described as sculptural paintings through which the artist unconsciously draws the viewer’s attention towards the actual process of creation rather than solely on the resultant art object. Isabelle.D’s work is strong and materic, when confronted with it, the viewer first encounters the materiality of the process and the manual, time-consuming craftsmanship that led to the creation of such works. Crocheting, embroidering, weaving, knitting, dismantling previously existing objects to create new individual strings to be reused in constantly changing contexts – represent the backbone of Isabelle.D’s body of work.

Eventually, the first encounter with the manual process of creation leaves its place to the interpretation of the subject matter. The artist explores themes linked to the unconscious, stereotypical feminine life through specifically nostalgic and introspective visual references of her own. Stripping materials away from their original meaning and context is the tool through which the artist engages with what has historically been the competence of women. Personal experiences are masterfully crafted into the work by means of rigorous patterns, omissions, acceptance and refusal. Each creative action, somewhat unintentional, is on the contrary clearly thought through and premeditated while opening up a multifaceted, free and anarchic process of interpretation… 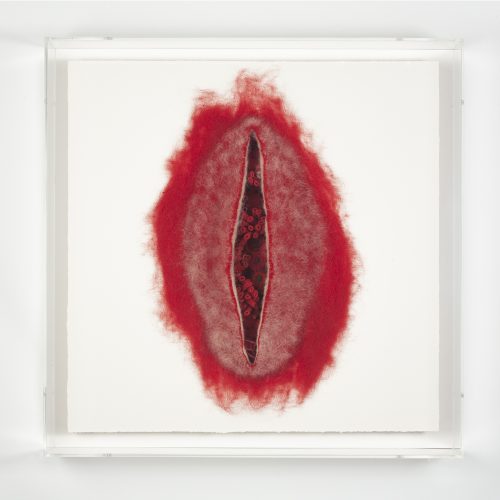 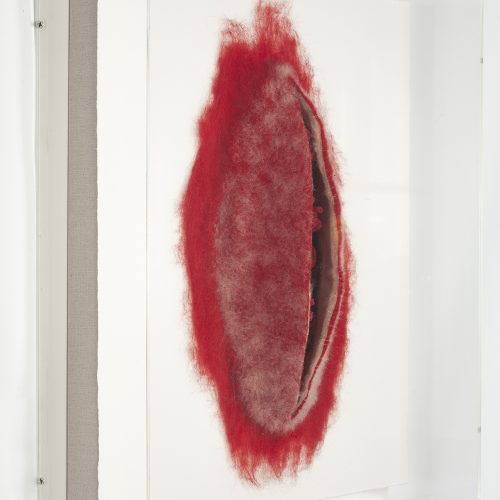 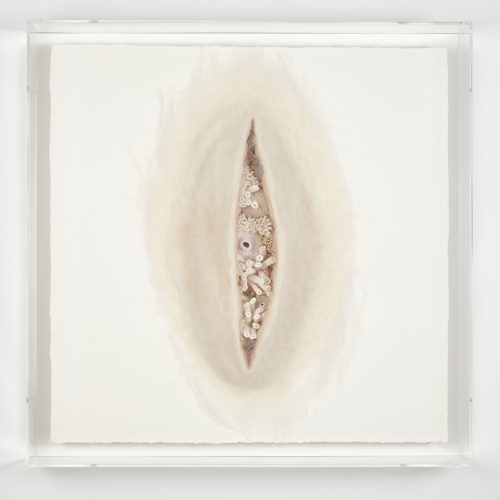 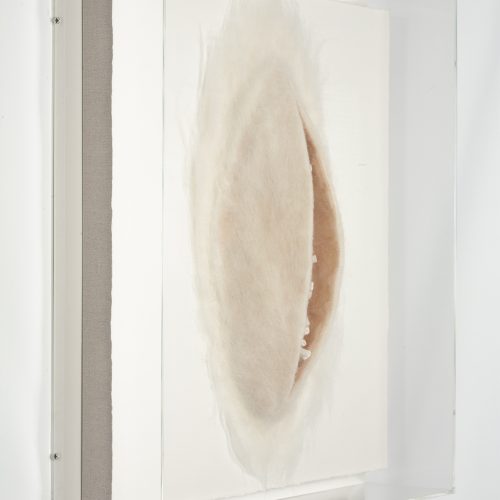 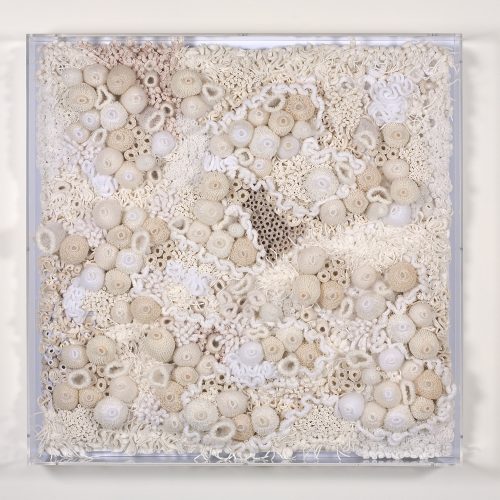 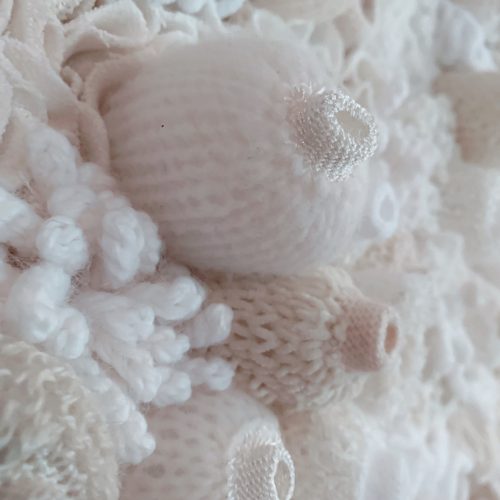 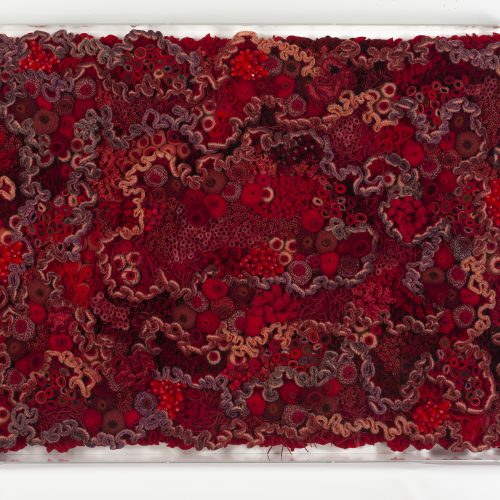 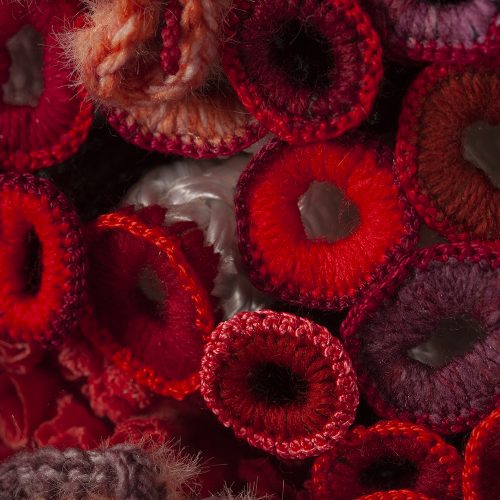